The ability for you, me, and the guy down the street to communicate with absolutely anybody else across the world was the big sales pitch the internet showed up to town with when I was growing up.

Before “memes”, before social media, before even pornography took hold, the idea of talking to people they’d never met on the other side of the globe was the big draw. Everyone, from an esteemed professor to someone still in school could discuss any topic they wanted on an even level.

It delivered, too. It says something about my age (mid-30s, shh) that my first experiences online focused around engaging with randoms in chat rooms. Using a variety of different handles, I was able to express my view in what was at least superficially anonymity: the notion of being able to say what you truly think without it having any ramifications in the real world was, back then, an entirely new one.

Since then, those seeds have grown and grown. I sit here now, typing away while sat on a train knowing these words will be ‘published’ online without any checks, balances or stages of editing beyond the spell check built into my word processor. Anyone can broadcast anything, and – at least potentially – anyone can amass an audience in the millions while doing so.

One size doesn’t fit all

The idea that this might not necessarily be a good thing has been something of a slow burner, but it arguably crystallised for the masses during the US presidential campaign, just a couple of months ago.

Worried that social media was undermining their grip on public consciousness – at election time, no less – American news networks rushed out the term “fake news” and applied it to any story, any article they hadn’t vetted. Its completely indiscriminate application, however, ended up doing said news networks far more harm than good. The more a story was labelled as “fake”, the more they gained a certain mythos and a sense of credibility most were undeserving of.

I’ll state here and now, fake news is most definitely a thing. There are folks out there in the wider world who publish entirely fabricated stories designed to play to people’s existing prejudices day in, day out. People don’t even read the copy: if a story appears on someone’s Facebook feed telling them the Pope has endorsed Donald Trump, then they don’t even need to click through to the article itself. The headline alone is enough to confirm what is typically their existing view. 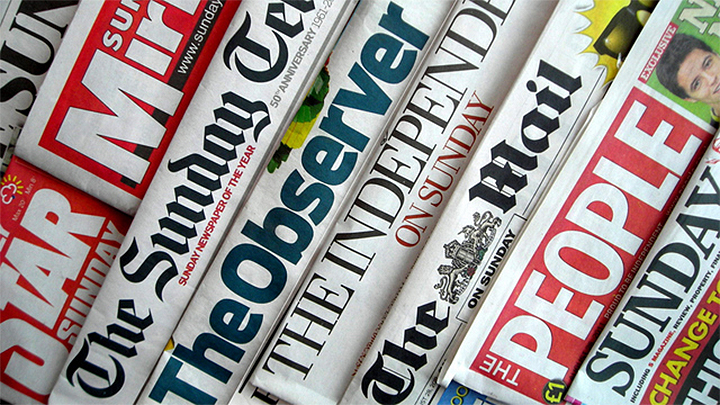 However, there are all kinds of pieces being lumped under this umbrella where the term “fake” simply doesn’t apply.

Somewhere on the road to conspiracy theories sit a growing back of “truthers” tapping into the idea that all mainstream media – every TV station, every paper, every recognised online news outlet and the journalists that fuel them – are corrupt, untrustworthy, and working (knowingly or unknowingly) for the Illuminati, the alleged band of brothers running the world.

As the internet continues to give the man or woman on the street a voice, so even what were previously the most trusted media networks – the BBCs and CNNs of this world – seem to be losing credibility. Their flash, shiny studios sit in stark contrast to the raw nature of a guy ‘spitting the truth’ from his bedroom, his shed, or even from a camera delicately strapped to the dashboard of his car.

As news breaks, these voices offer comment, intentionally delivering an entirely different take to the one being offered by the news.

On occasion, they have good reason. I have no doubt that there are various ‘big news’ events in my lifetime that are somewhat suspect, either bent to fit a particular agenda or, in other cases, entirely fabricated. The problem is, these events are covered in the same way genuine events are by the mainstream media, which leads to a general sense of mistrust.

Now, it’s by no means a good idea to trust every sentence, every word served up to you by one media outlet or another: I’ve always been of the view that a broad spread leads to be the best, most balanced kind of thinking. You’re just as likely to find me watching RT for hours on end as you are Fox News.

Somewhere in the middle of the extremes is the truth, in my view, and I’m not of the opinion that even these organisations have complete control over their out put. RT’s remit may be to undermine foreign governments amongst their respective populations, but occasionally something decent, something untainted slips through and makes it to screen.

The polarised nature of many of the stations who dominate, however, just gives the ‘alternative media’ more ammunition. Back in December, I watched one such truther stream as news about the shooting of Russia’s ambassador to Turkey and the attack at a Christmas Market in Berlin happened within hours of each other.

The two attacks, he speculated, were linked, and evidence of ISIS or Al-Qaeda (I mean, it doesn’t matter which, right? They’re all basically the same, aren’t they?) activating cells across Europe.

I say ‘speculated’, because in essence he presented said bulletin as a piece of news. Five or so minutes of what he pitched as pure fact. He went on to suggest that both could, in fact, be false flag incidents being used by “Hillary and Obama to get the full scale war in Syria they really want”. Just how a seemingly random attack at a Christmas Market in Berlin by an (at that point) unknown assailant strengthened the case for American boots on the ground in Syria is anyone’s guess, but in the world of the alternative media, details don’t matter.

The chap in question clearly has more than half a brain – he’s an eloquent speaker and, I’ve no doubt, hits a home run or two with his videos every now and again. However, in this case, his sole motivation appeared to be “we’re being told x, y and z by the media, so by default, the opposite must be true.”

Within hours, said video had tens of thousands of hits – figures that, though not on a par with the BBC’s Ten O’Clock News, are nonetheless significant. It’s also worth noting that, this is just one guy. There are scores of similar people, all presenting their views as the truth, their idle speculation as news, without any editorial checks whatsoever. Suddenly, the only qualification you need to be a journalism is the ability to buy a camera of some form and an internet connection.

Some people would call this democracy in action. Why shouldn’t these people have a voice? I’d say, they should, but there’s a vast difference between someone talking into their smartphone propped up in their car and a report from a BBC journalist speaking live from Aleppo. Or Berlin. Or Ankara. This very blog post is an example of my opinions, but I would never dream of presenting this as anything other than that; this isn’t alternative media, this isn’t news, it’s just a crappy blog post.

The idea that all of the mainstream media is corrupt and can’t be trusted is exactly what leads to a reality TV star and business mogul becoming elected President of the most powerful nation on the planet. It’s also aided the UK’s decision to pull out of the most successful financial and political union on the face of the planet.

In 2016, the more the big networks were seen to throw their weight behind what turned out to be the losing sides, the more people rallied behind the opposite view, whatever that opposite view was.

Bring ’em on board

Things won’t end there, either. When the established media is gone, for all its faults and foibles, we’re going to miss it. We’re all going to be floating around without structure, without any anchors to hold us down.

I like to think the average person knows that when they pick up The Sun, they’re going to have to mentally run it through a Murdoch filter before taking anything away from it. With some random guy off the internet, however, how can you possibly know what filter to run him through? He’s not some global enterprise, so he must be trustworthy, right?

Simply branding all these outlets as “fake news” is not going to work. If last year taught us anything, its that doing so will, in fact, just make people interested in whatever the story is. My suggestion, therefore, is to call the bluff of some of these ‘independent journalists’. I think the BBCs and CNNs of this world should hire them, give them a platform to broadcast their view, but hold them accountable to the same editorial standards as everyone else.

Attempting to isolate and denigrate them is just fuelling their fires and adding to the idea that there’s a conspiracy against them. It’s time to bring them on board, and turn the tables of them. Let’s take them out of the bedroom and put them in the newsroom and see if they can shake that fake news label once and for all.